After a Tragic Earthquake, Nepal’s Artisans Find a Way to Move Forward

Having worked closely with local Nepalese artisans for many years, FROM THE ROAD founder, Susan Easton, was devastated to learn that a massive 7.8 magnitude earthquake had struck Nepal this past April. Much to her relief, none of the artisans had sustained serious injuries, but many lost their homes in the tragedy. She knew they would face the subsequent challenge of rebuilding their lives, both literally and figuratively, amidst a world thrown into chaos. 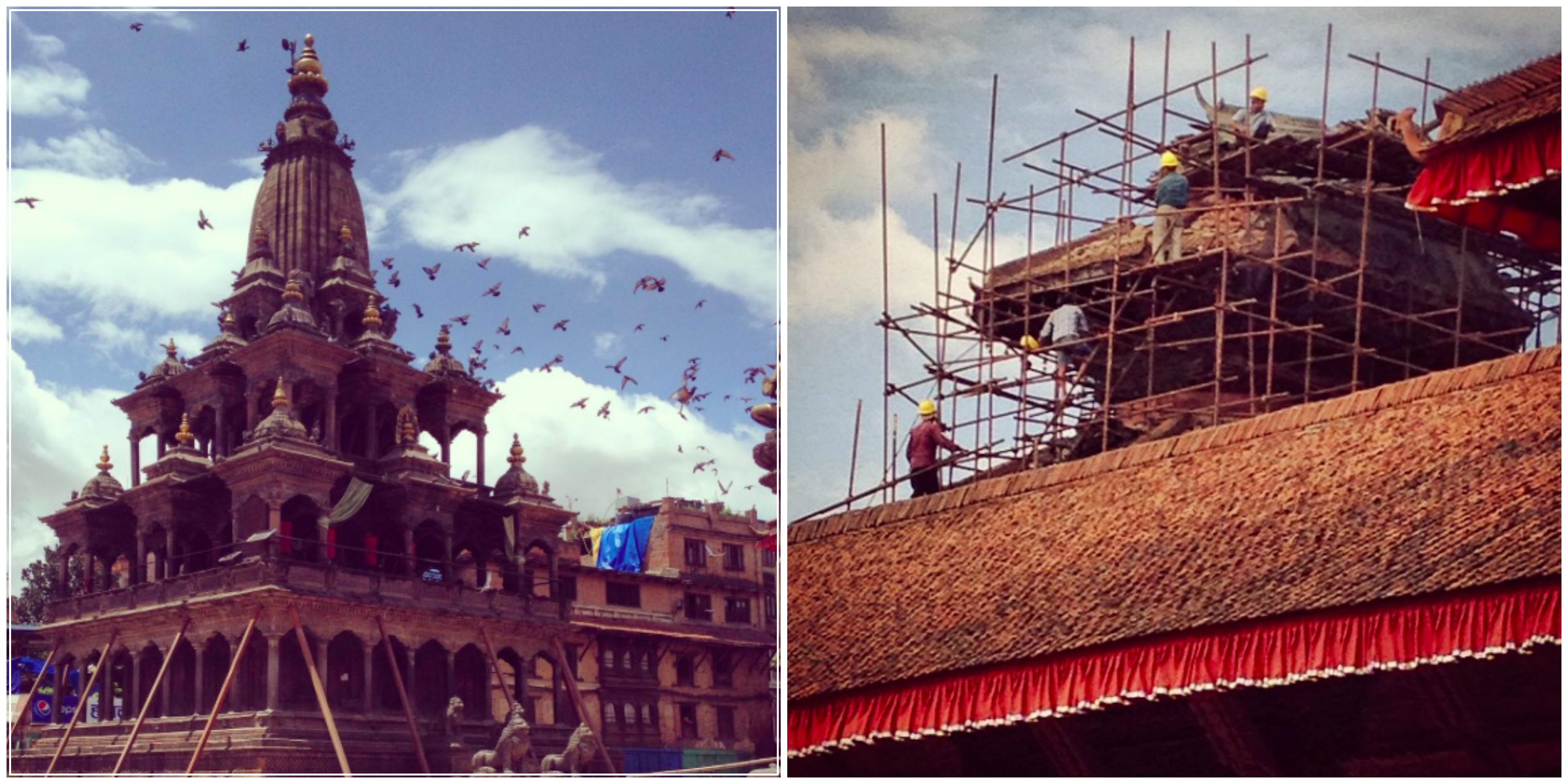 After waiting two months for initial humanitarian efforts to take effect, Susan traveled to Nepal in June. At that point, the country was just beginning to show signs of recovery. Aid agencies like Doctors Without Borders and The Red Cross had helped evacuate the area by helicopter. Local responders were working with UNICEF to distribute water and arrange for temporary housing. Public volunteers from around the world used data input from social media, satellite pictures, and drones to create digital maps of passable roads and collapsed houses.

But Susan recognized that even after all the physical damages and immediate needs were assessed, a difficult question remained: how could the country start to repair itself in less tangible but equally important ways–culturally, economically, and emotionally? 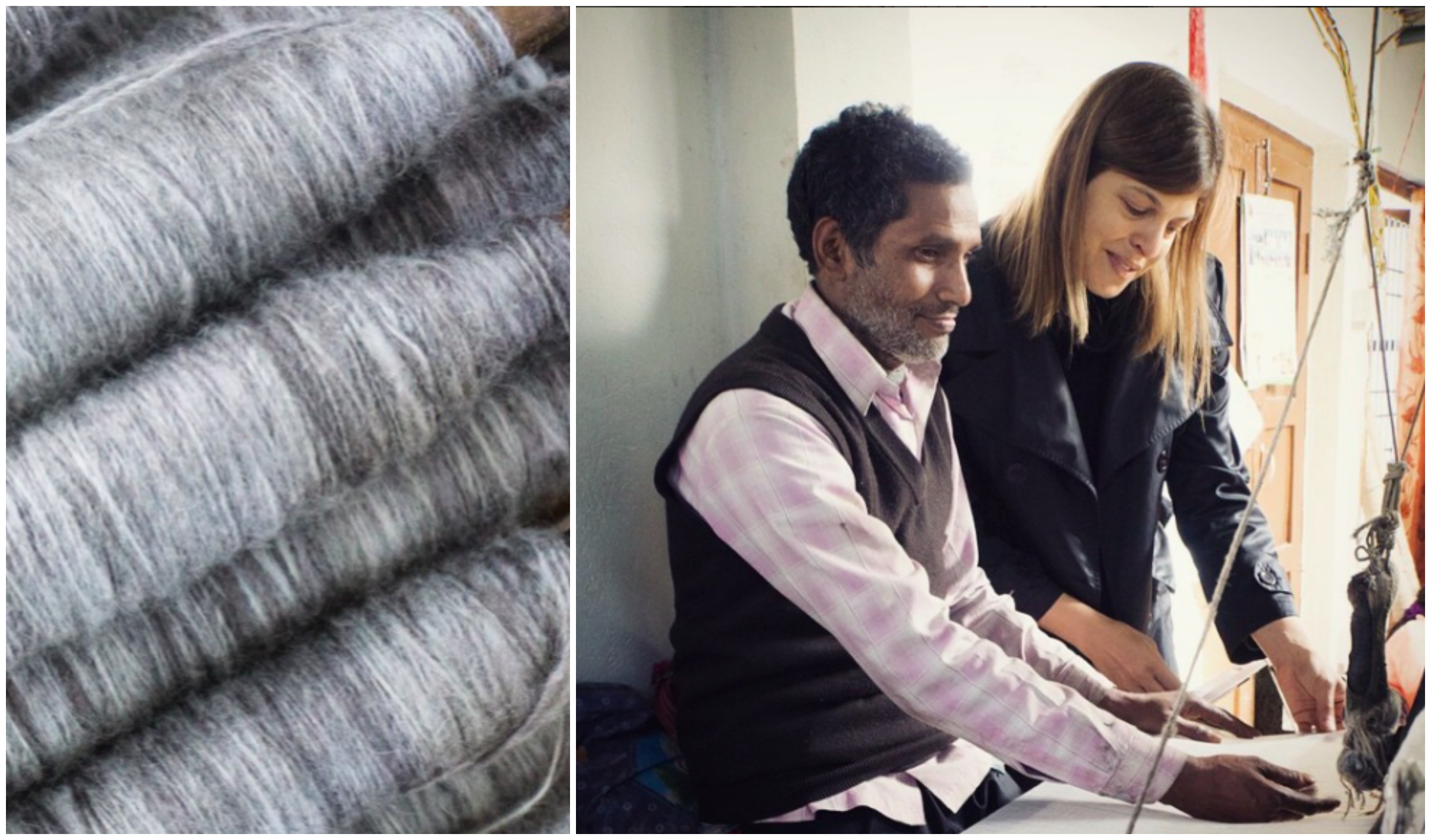 For Susan, the solution lay with the artisans.

“I believe not only in aid money, but also in giving people work so that they can continue their livelihood,” she explained. “As consumers we have the ability to shape and help communities that have gone through crisis or tragedy.”

Susan stayed in Nepal through the summer, collaborating with local weavers and dyers to design new pieces for FROM THE ROAD.

“My weavers are so brave and so amazing, and I wanted to be there…to let them know that they’re not alone,” she said. 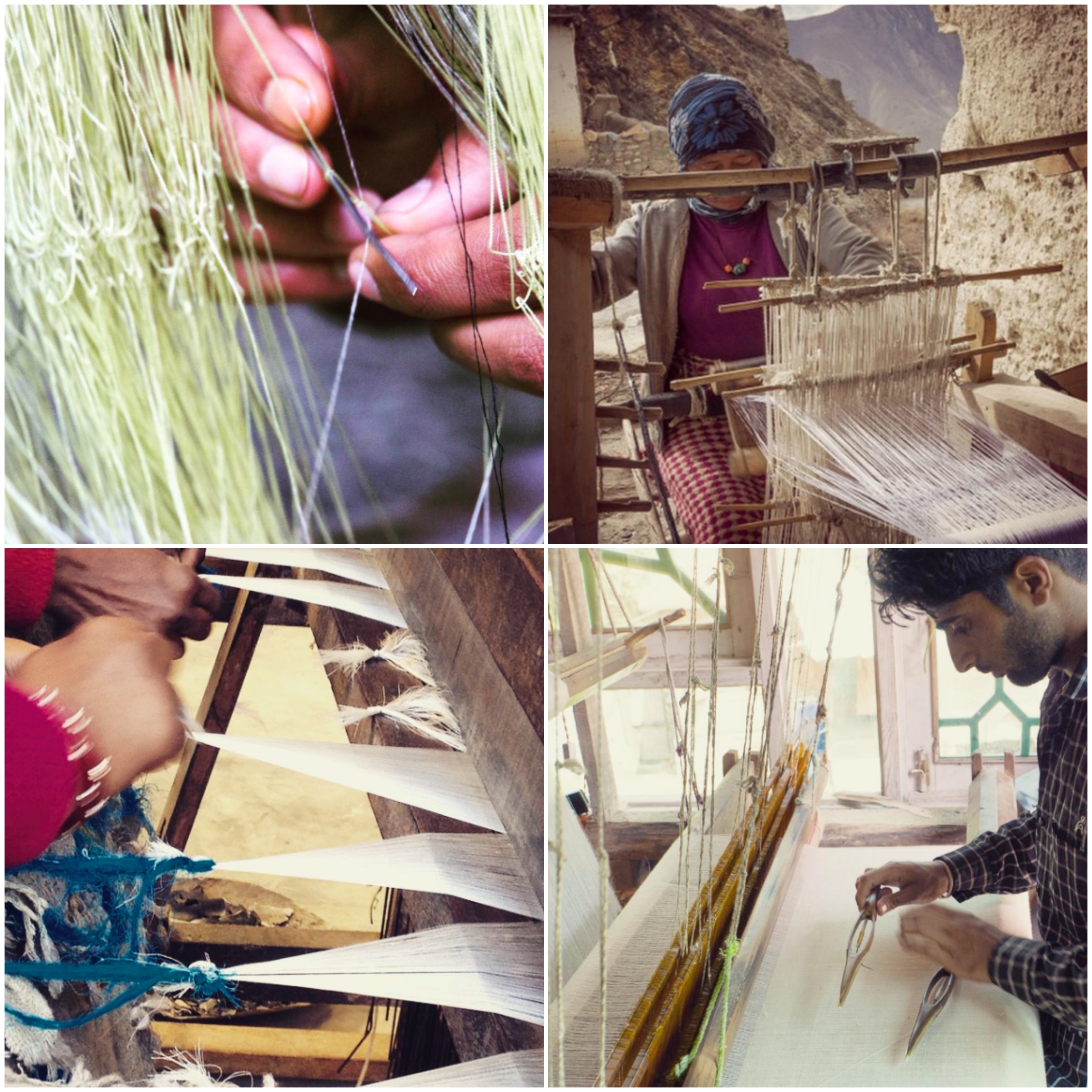 Fortunately the weaving facilities sustained only minor damage in the earthquake, so the artisans were able to resume production by mid-June. Susan was inspired by their optimistic outlook in the face of adversity, commenting, “They’re very much about being in the moment and trying to find solutions.”

Despite the less than ideal working conditions, such as the continuation of daily aftershocks from the earthquake, Susan and the artisans were able to create a collection of truly exquisite handmade pieces. 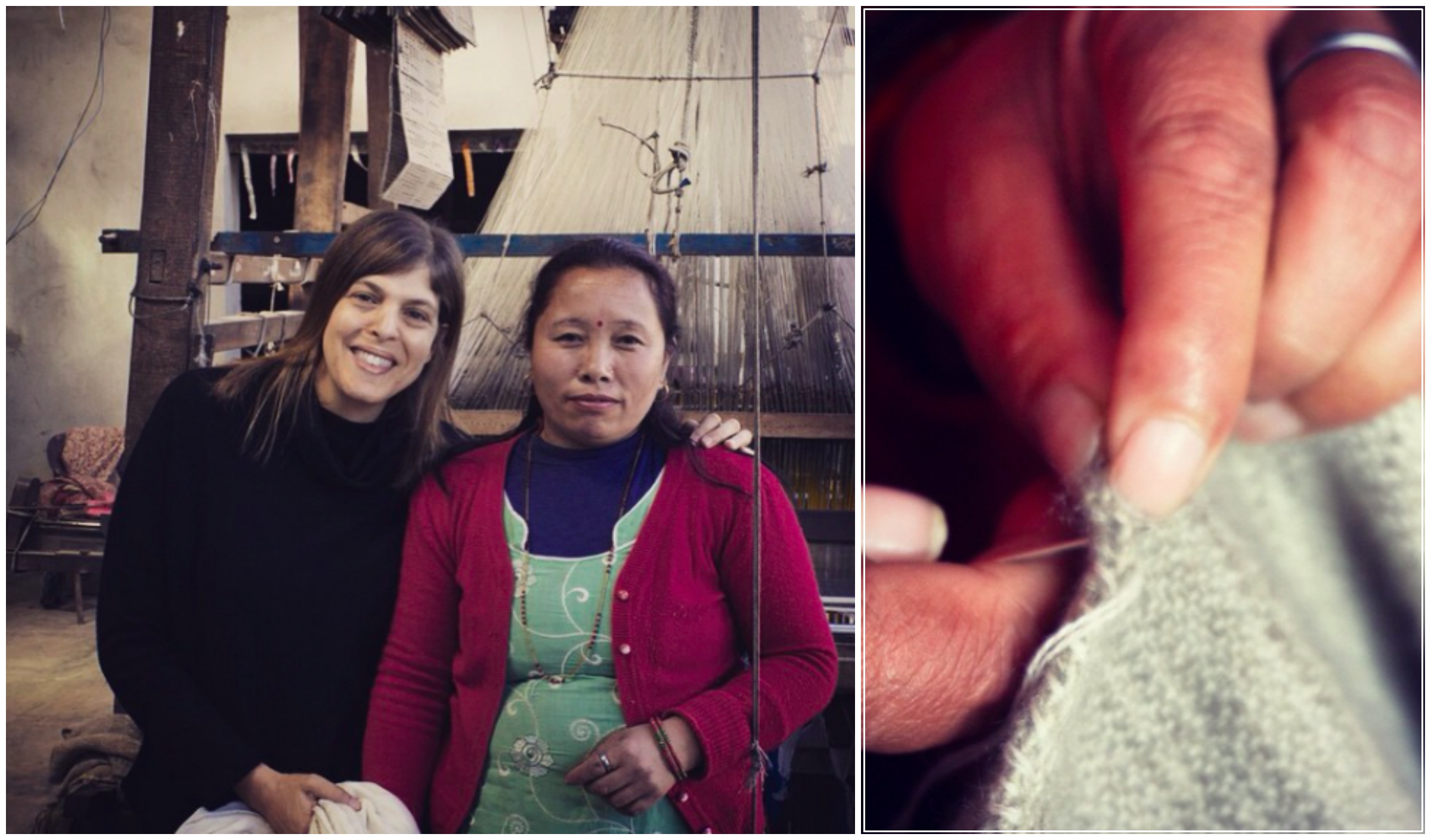 One of Susan’s favorites is the Padra Whipstitch Cape, a DARA exclusive. She said, “That piece is based on a trip I took to lower Mustang in Northwestern Nepal. I went there to research traditional weaving techniques. What they do there is they weave thin strips and then they stitch the pieces together in panels…For our version we decided to use hand-spun cashmere from Tibet, weaving it into the thin strips and then using the whipstitch to create a poncho piece that could be worn.” All these details came together to create a soft, warm and wearable masterpiece.

Susan marveled at the impeccable caliber of craftsmanship that the Nepalese artisans were able to maintain. She said, “For me, working in Nepal even under the best of circumstances, I’m always amazed by the quality of work…Normally there are power outages sometimes for half a day sometimes the whole day. Many times there is water rationing…Literally without some of the basics that we take for granted, they’re producing world-class textiles. I always feel humbled and honored to work with them and to see the quality of things they are able to produce under these conditions.” 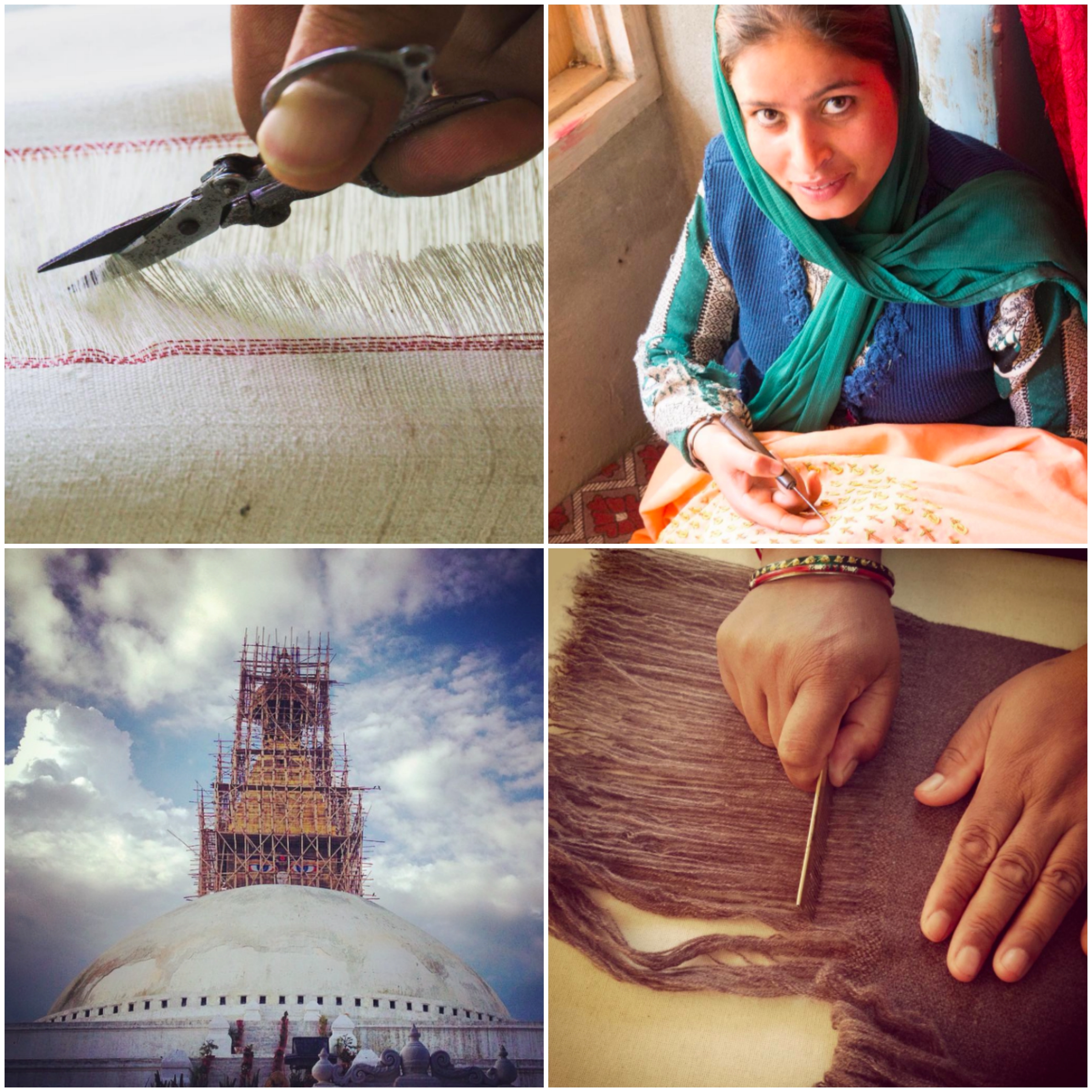 In addition to the Padra Whipstitch Cape, DARA also features three of FROM THE ROAD’s new scarves, all of which were handmade in the aftermath of the earthquake. Each scarf is handwoven and then over-washed for a super soft feel.

By supporting local artisans in Nepal, DARA is committed to sending a tangible message of hope and recovery. In our mission of social responsibility, we believe that preserving artisan traditions is a means of empowerment, from providing economic opportunity to nurturing nurture dignity, pride and humanity, even in the face of hardship. 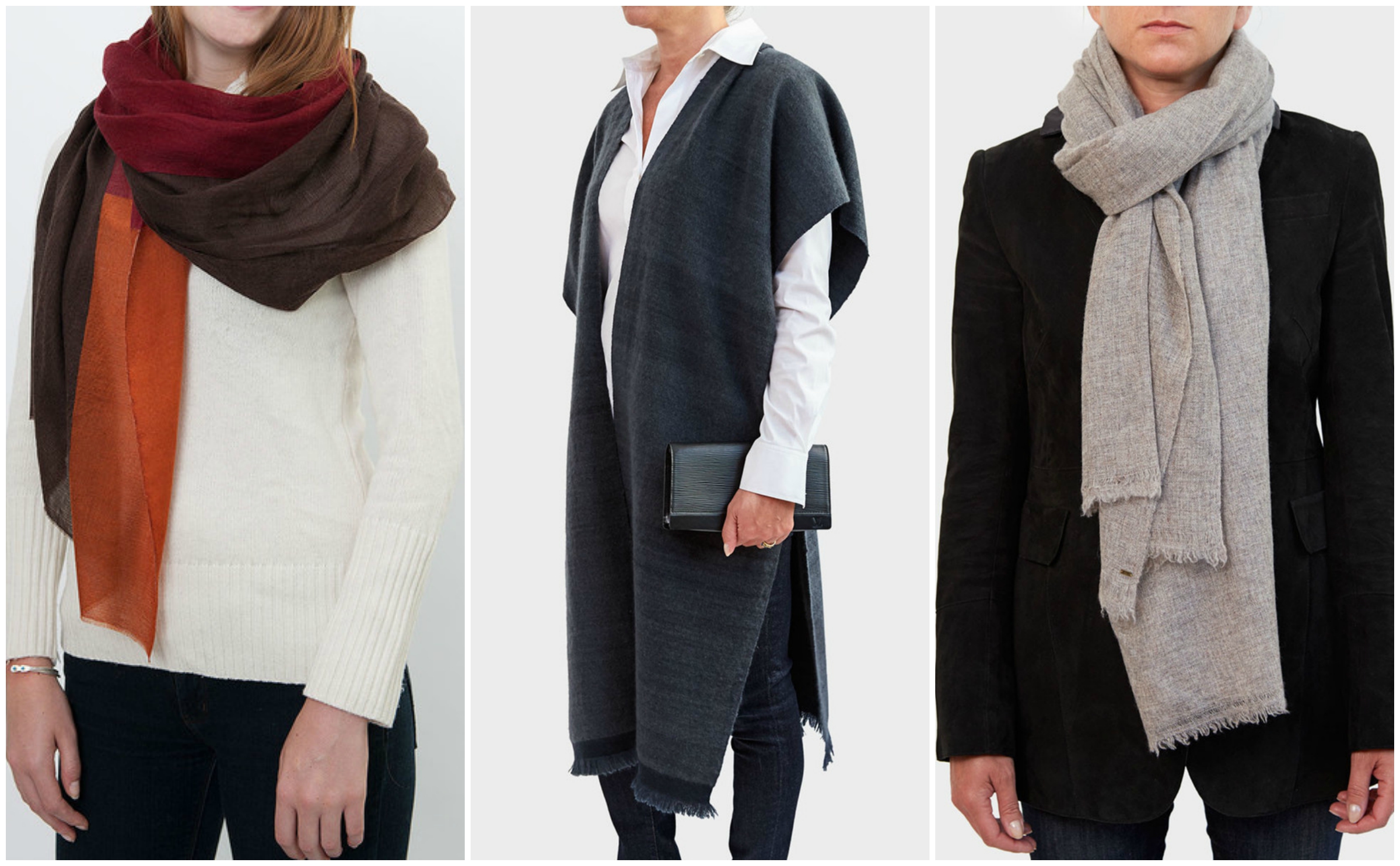 Shop FROM THE ROAD