Craft is at the heart of chef and entrepreneur Tom Colicchio’s work, from his renowned flagship restaurant to his so-named restaurant group—which now counts two Craft restaurants, a Craftbar, Craftsteak, and the ‘wichcraft chain among its holdings. His dedication to craft is equally evident in his new partnership with DARA Artisans and his endorsement of Artisan to Table, our initiative to support independent makers, craftspeople, and artisans, making products for the kitchen and beyond. 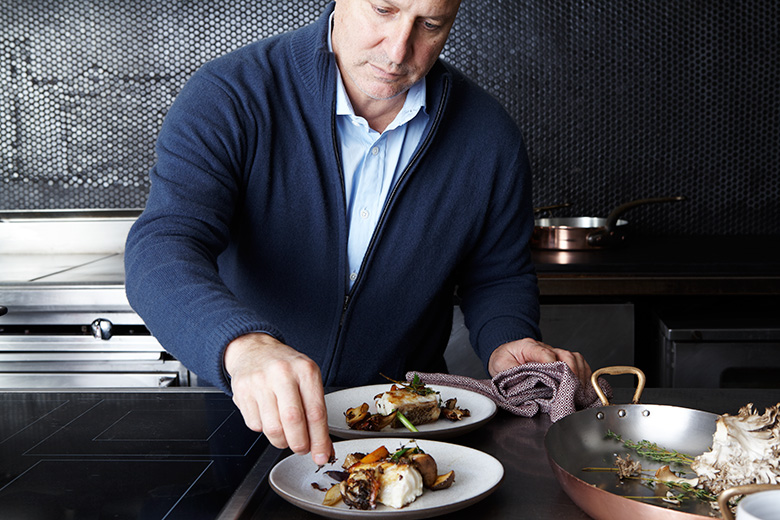 Colicchio views his involvement in Artisan to Table as a natural extension of his work. “Looking at the history and meaning of Craft the restaurant is a good place to start,” he says. “I really believe cooking is a craft, and you have to be craftsman first before you are an artist.” This reflects Colicchio’s approach to cooking. “I’m trying to identify in food what a particular ingredient is and making it more of itself—not less of itself,” he says, seated in the now-empty private dining room of Craft New York. “When I cook, if someone says, ‘Wow, I never knew broccoli could taste like this,’ and it actually tastes like broccoli, that’s when I know I have done my job well.”

Colicchio’s partnership with DARA Artisans reflects his appreciation for craft in many forms, and he cites an affinity with the guitar maker and the scallop farmer alike. “It’s this idea of the craftsman, that person who gravitates towards working with their hands,” he says. “They’re keeping some sort of technique or tradition alive. The experience of making and forming something by hand, that individual commitment—versus something that is machine made—is something I’ve always been attracted to.” 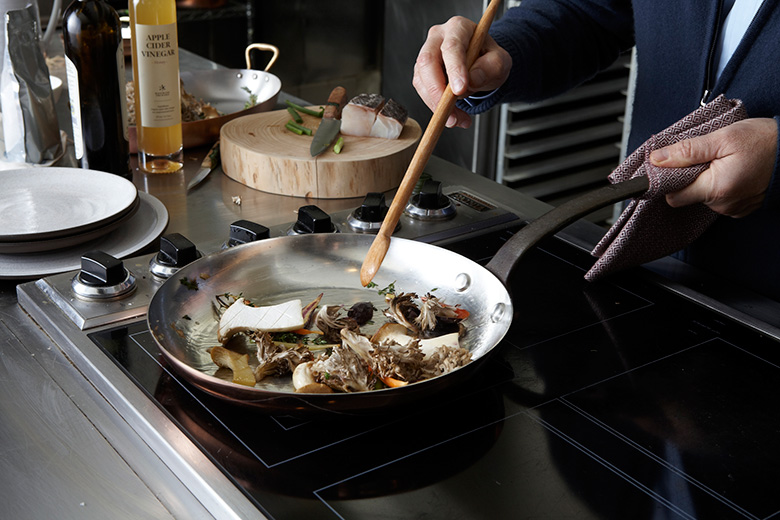 The process is what Colicchio aims to celebrate and preserve through his support of Artisan to Table; he’s especially interested in maintaining the legacy of craft domestically. His selections include exclusively American makers, with a mix of cookware, ceramics, cutlery, textiles, and provisions, sourced from Rhode Island to California. “It’s about supporting dying arts—and particularly so domestically. As a country, we’ve become so conditioned to following the dollar that it’s a very hard industry for artisans. This is one of the reasons that I’m attracted to and I’ve partnered with DARA—because they’ve created a marketplace that makers can take advantage of. Without a marketplace, these great things can’t exist.” 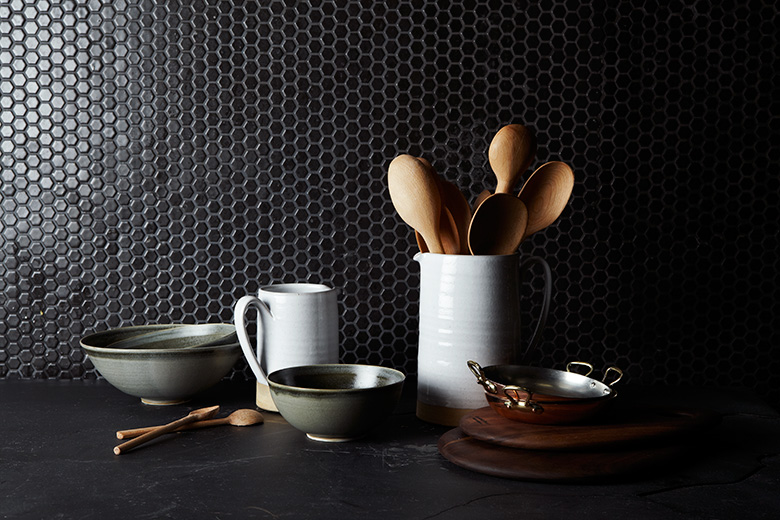 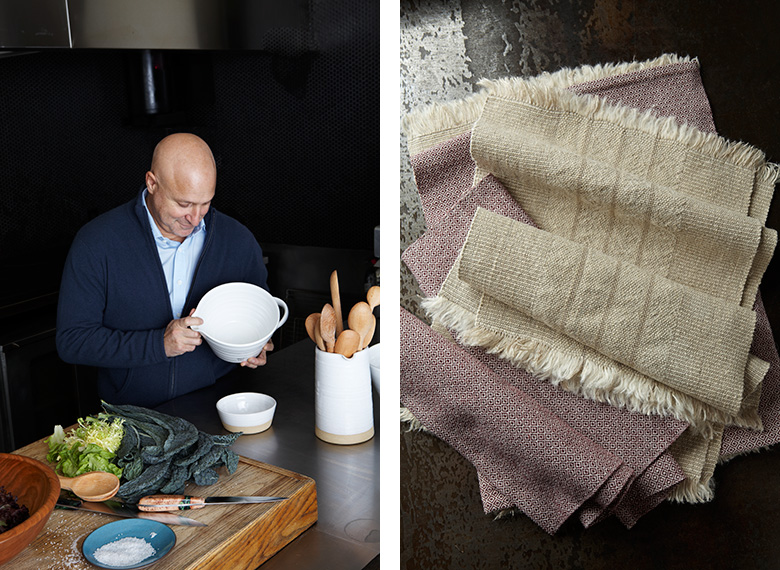 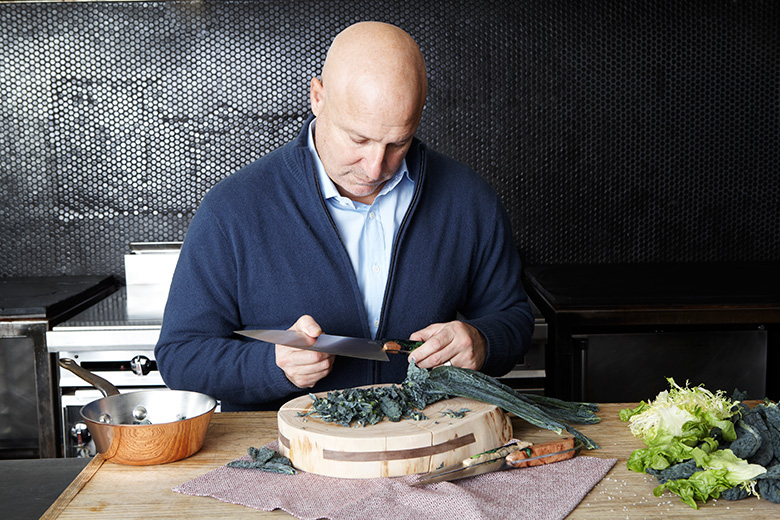 Colicchio says he gravitates toward pieces with a certain formal austerity—similar to his cooking style, he disdains the superfluous and ornamental. “For me, a lot of it starts with form,” he says. “Often, I’ll look at the form and that will start the thinking of what will go into it—not vice versa. I like things that are fairly simple.” The balance he seeks is between this simplicity and a required sense of character—communicated through texture, patina, or distinctly human imperfections. “I don’t like when everything is one hundred percent symmetric or all the same,” Colicchio says. “There’s something about asymmetry that I’m attracted to. I guess it’s because you get a sense that someone made it: You can see some slight imperfections, and that makes it interesting. I want something that feels like it has been touched by hand versus a machine.”

Like any good craftsman, Colicchio understands the innate power of narrative in design. When shopping for both his home and restaurants, he often seeks out a story. “If I’m looking for knives, I want to find something that is unique, that hasn’t been mass-produced. If I’m looking for furniture, I want to know that someone made that piece, not that a large company produced it. I want to know that there are people behind it, who that person is, and why they are attracted to that craft.” 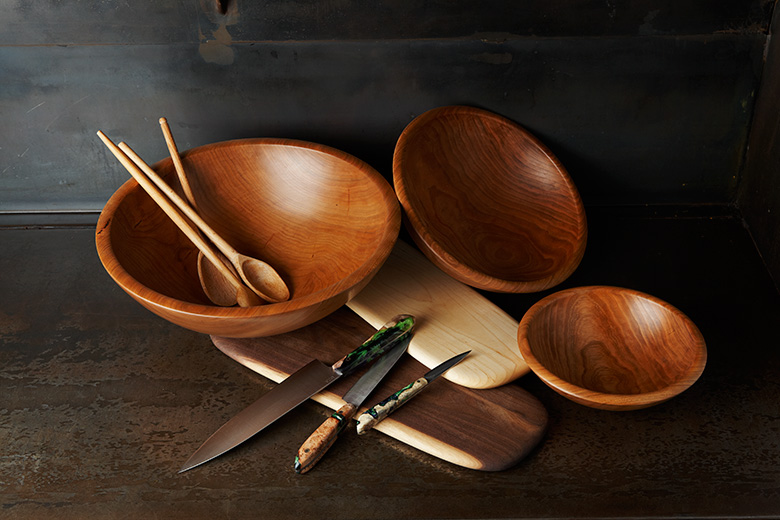 “If you think about these various techniques,
done by hand, that are passed down generation to generation,
and all of a sudden something stops, you lose
all of that history. Society is weakened because these various
techniques and methods are gone – the link is broken.
If you care about that, as I do, then you find these people.
You see what they do. You support them.” 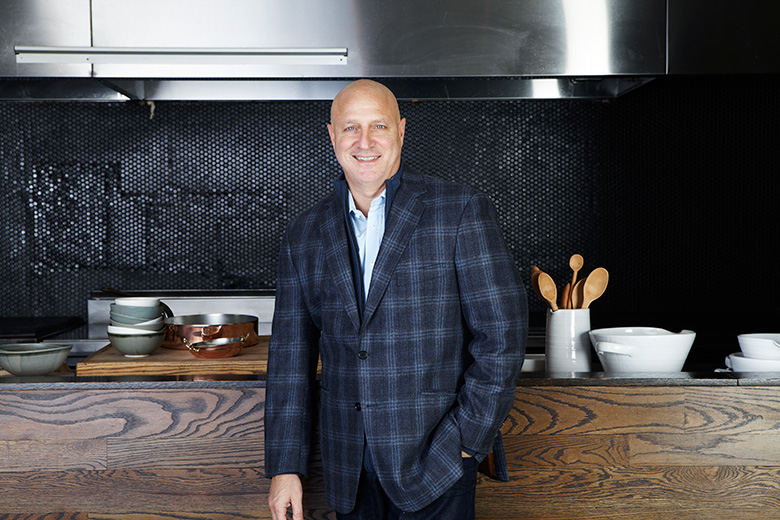 10% of any purchase from the Tom Colicchio,
Artisan to Table Collection will be donated to Food Policy Action.
Shop the Artisan To Table collection.