A Nobel Prize nominee and her family take on the task of empowering artisans in Laos.

Changing the world takes time. “Earlier this year, I had a guy who came and trained on silk farming with us,” says Boby Vosinthavong, the daughter of Kommaly Chanthavong—an educator, activist, entrepreneur, and Nobel Peace Prize nominee whose mission, for the past 40 years, has been to train Laotian farmers, particularly women, 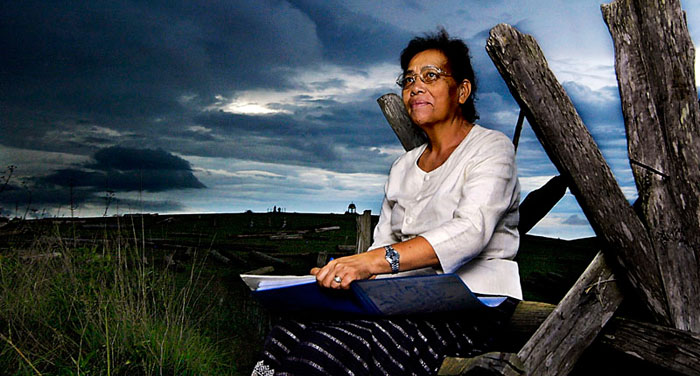 to produce silk of an exceptionally fine quality through her organization, the Phontong-Camacrafts Handicrafts Cooperative—better known as Mulberries. “His garden was quite bad when I first visited in October.” Vosinthavong left shortly after that visit for Australia, where she was raised by her grandparents, returning several months later. “When I came back from Australia in early February to see his garden, it was magnificent—there was hardly any grass; his mulberry leaves were three or four times the size of my hand. It had finally clicked. There were eight [trainees]—only one clicked, but I was so happy he was listening. He understood where we’re heading with the project, and he ended up getting five more people to join us. That day, when I came back from his farm, I was smiling all day and all night.”

Not all of Vosinthavong’s days are as successful as that one. With her mother and the Mulberries staff, Vosinthavong is working to train a generation of farmers in the cultivation of mulberry trees, whose leaves are the primary diet of silk worms. Those worms produce the silk that the Mulberries’ staff of weavers uses to create shawls and scarves—a vertically integrated business with every step intended to to empower the subsistence farmers and weavers of Laos. 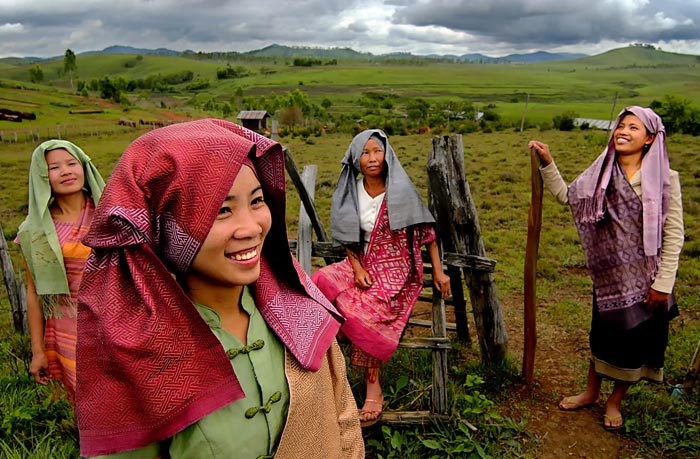 This process necessitates introducing new processes and unfamiliar skills, challenging beliefs that have held sway for generations. “Many times, they’ve seen their grandmother, their mother, use the same old techniques,” Vosinthavong says, “That’s our biggest hurdle.” Whatever the challenges, the Mulberries have trained over 1000 farmers from 13 Laotian provinces at their existing facility. That number is set to grow as Vosinthavong spearheads an effort to establish a new training center, dyeing rooms, and weaving house in the Thathom province, newly opened for settlement by the government. Farmer’s training sessions are typically 15 to 30 days; fees of around $300 per trainee are covered by donation and include food, lodging, training, and pocket money. Those farmers are then entrusted with the task of passing on their newly acquired skills to farmers in their villages. Weavers, meanwhile, are schooled not in technique—many of them reach the Mulberries already schooled in traditional craft—but in learning to build upon the organization’s signature style: clean, modern, simple but luxurious.

Vosinthavong is working to train
a generation of farmers in the cultivation of mulberry trees,
whose leaves are the primary diet of silk worms.
Those worms produce the silk that the
Mulberries’ staff of weavers uses to create shawls
and scarves . . . intended to empower
subsistence farmers and weavers of Laos.

Boby Vosinthavong’s story is more complex than simply assuming the mantle of responsibility from her mother, who will turn 70 later this year and who now says that training her staff to assume her work is her top priority. Vosinthavong was born in Laos but raised by her grandparents in Sydney; she completed her university studies in Melbourne and gave birth to two daughters in Australia; she worked in finance for over a decade before reconciling her future with her past in Laos, a country which she knew primarily through sporadic visits. (She’s still learning to speak Laotian, while her four-year-daughter, who’s now spent half of her life there, is achieving a toddler’s version of fluency.) “The connection between my mom and me really grew after I had Laura, my first daughter, when I asked my mom to come and visit me and help raise her,” Vosinthavong says. Disinclined to continue her corporate career, Vosinthavong began promoting her mother’s goods from Melbourne. Then her uncle, Kommaly Chanthavong’s brother, died in late 2012. Weeks later, Vosinthavong made the decision to take his place at her mother’s side. “I felt like I owed something to the people here,” she says. “It’s a calling.”

Vosinthavong’s chief responsibility these days is one of the organization’s biggest projects to date: the expansion of the group’s new silk production to Thathom. She expects the new facilities to cost the organization around $1 million, which she hopes to raise through a combination of private and public donors—including a Japanese government initiative supporting silk farming in Laos. This new center will allow trainees to acquire new skills without traveling farther, to the existing center. “This means they won’t have to be away from their families for so long,” says Vosinthavong. (This is important for mothers with young children and farmers contending with long workdays during the rice season.) Vosinthavong says she has been deeply challenged by the work—especially because most of her professional life was experienced in Australia. “I had to change quite a lot—especially in terms of my patience,” she says. “Sometimes you want it your way, but you have to understand their way first. It’s difficult for both of us [the trainers and the trainees]—people are raised differently; some are educated, some are not. We just have to try to be patient and try to understand: ‘Why didn’t you do what we told you?’ ‘Because we’ve been taught by our parents and grandparents.” She laughs. “I still sound frustrated. Change is hard, and often the farmers aren’t sure whether they’re going to get back the benefit they put in. But then we’ll see that they’re not giving up, and we’re happy.” 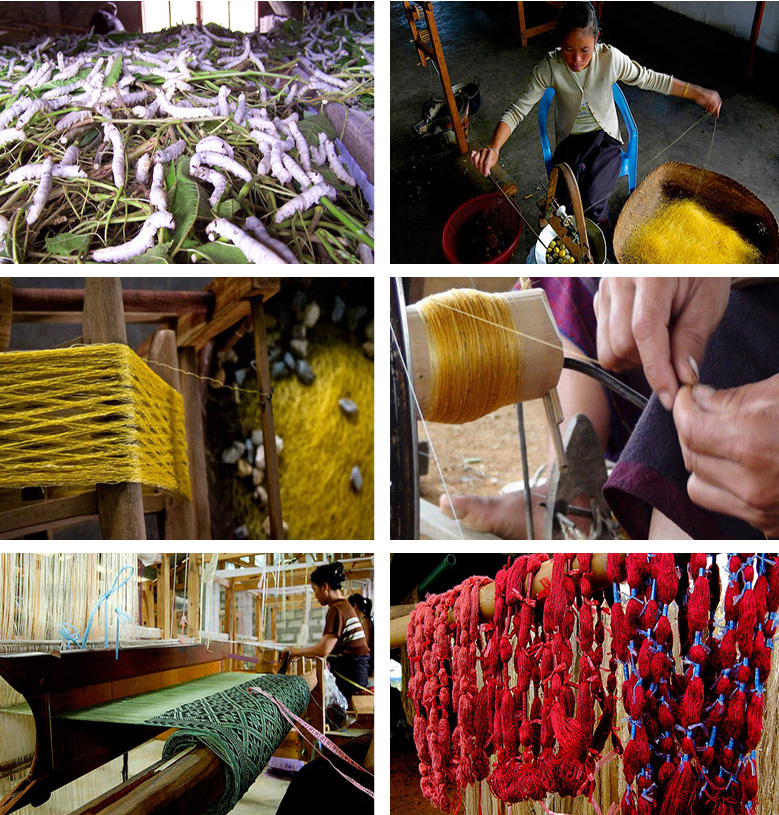 Photos top and above right by Paul Wager.