It’s in the critical moment of creation—potter’s wheel spinning, clay transforming rapidly between her hands—that Mirena Kim recognizes the unique demands of her craft. “Throwing happens so fast,” she says. “You really need to focus. It’s like a discipline.” A discipline with a physical aspect that continues to challenge Kim, a potter with two decades of experience. “It’s not like many other arts—it’s your body,” she says. “It’s almost like being an athlete; you have to be ready to handle the physical aspect, those hurdles, that distance. A willingness to be exhausted, physically, by the process—it kind of attracts a certain type of person.” 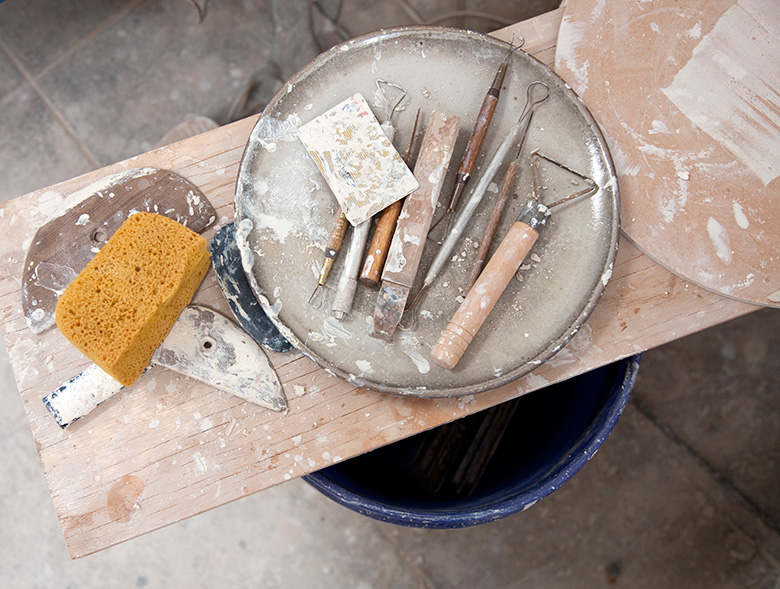 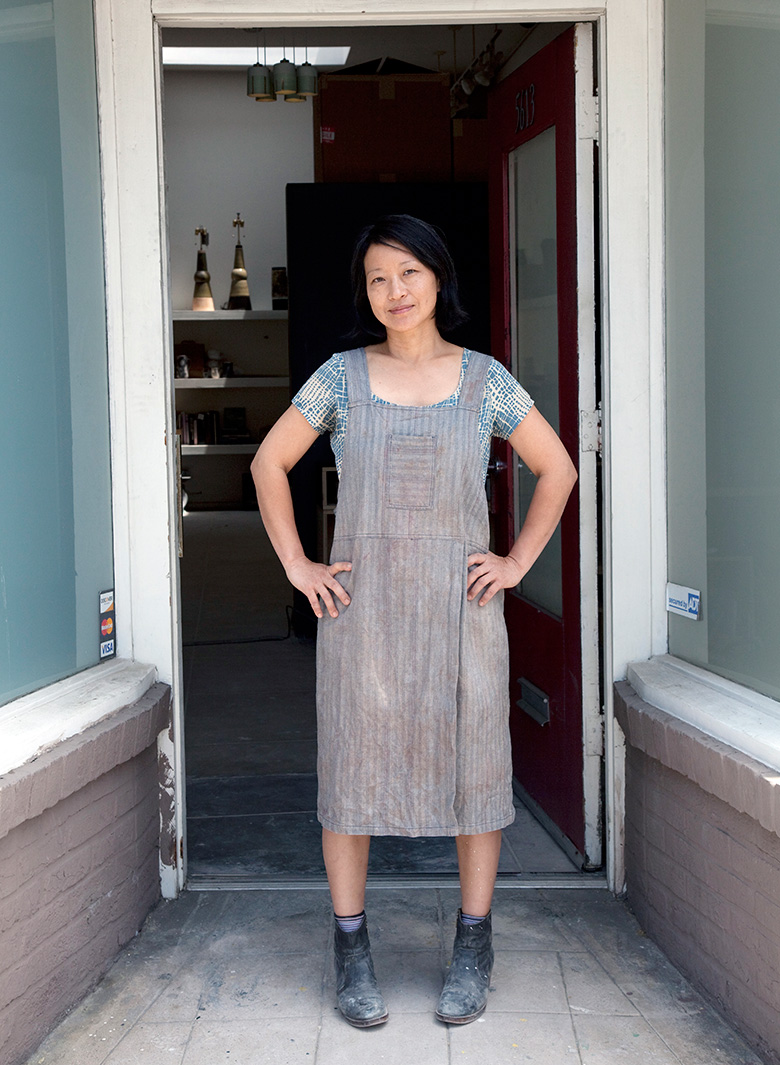 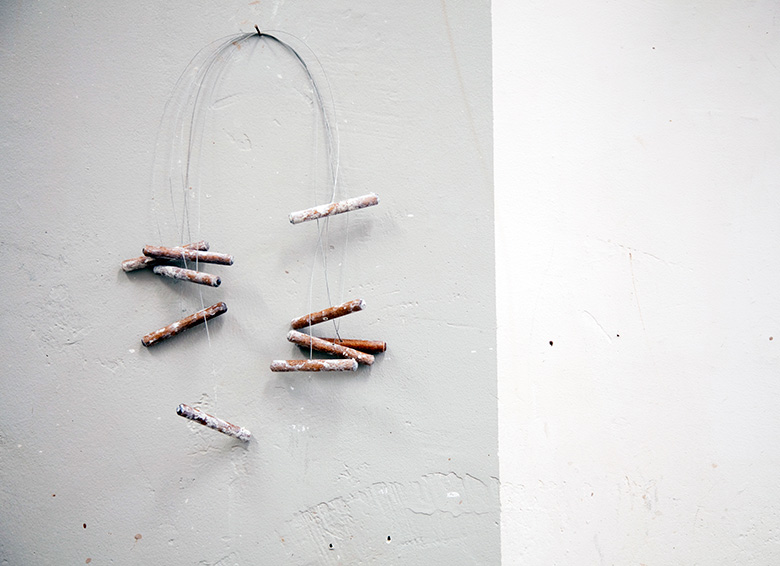 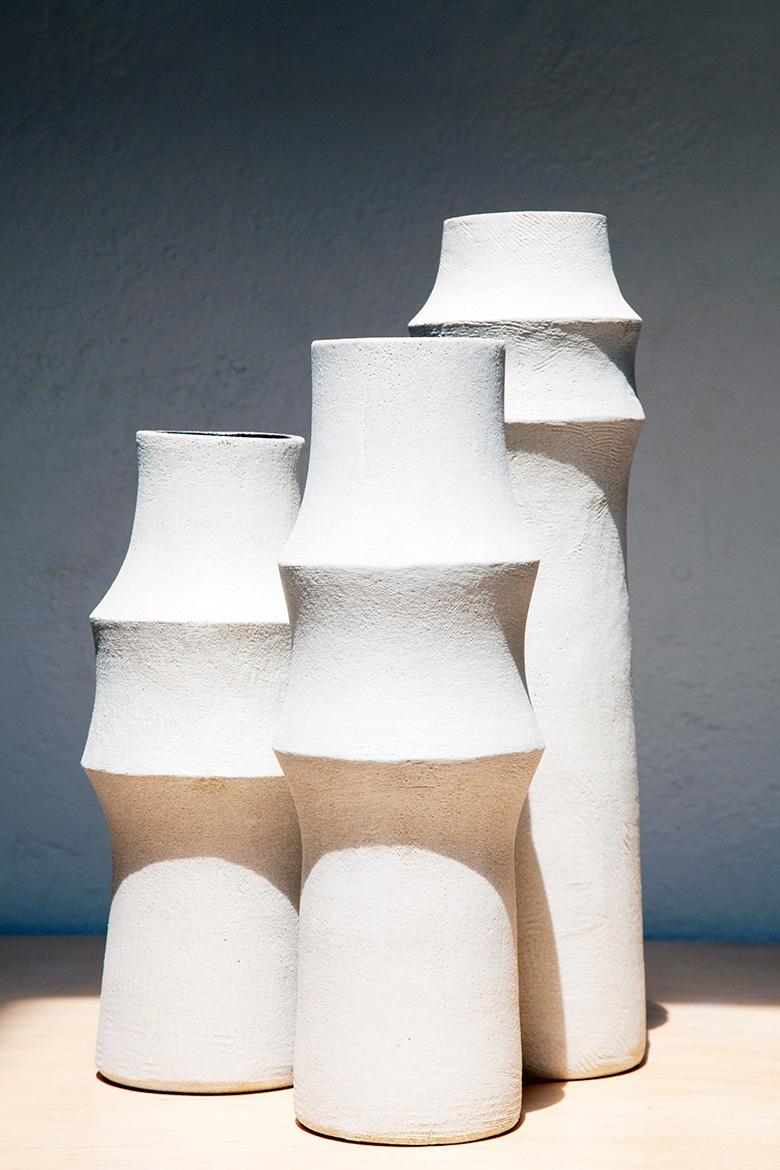 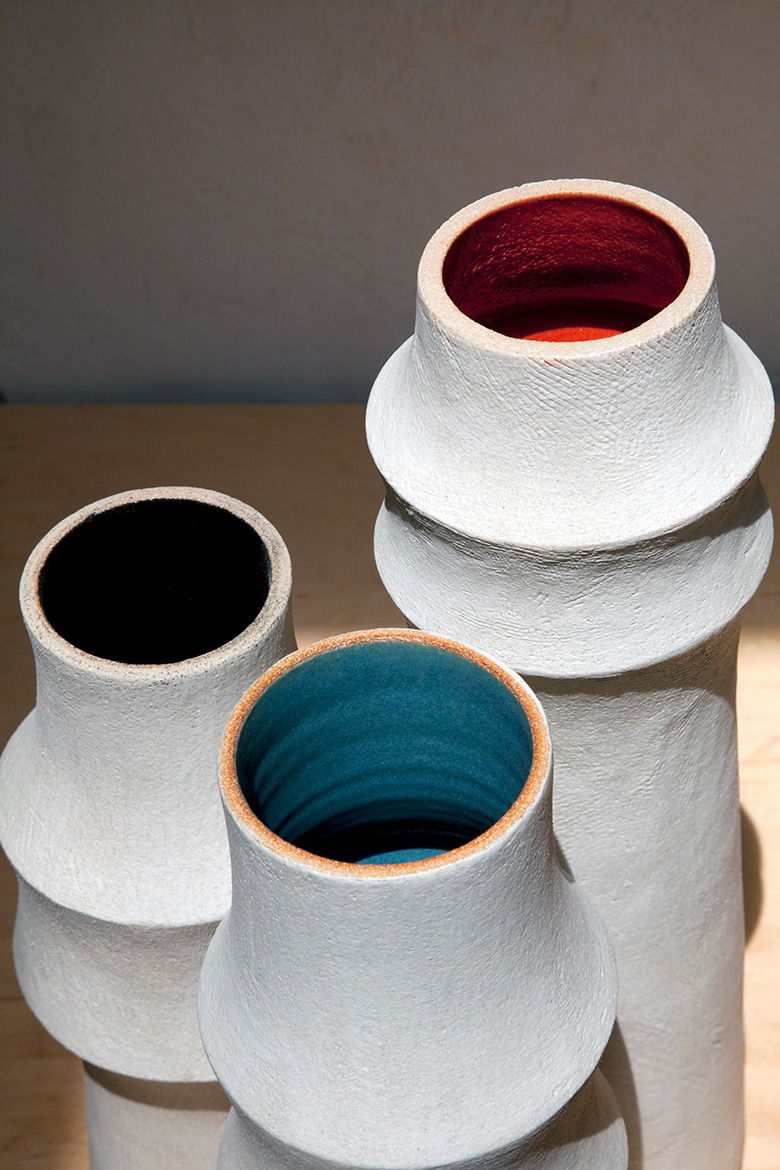 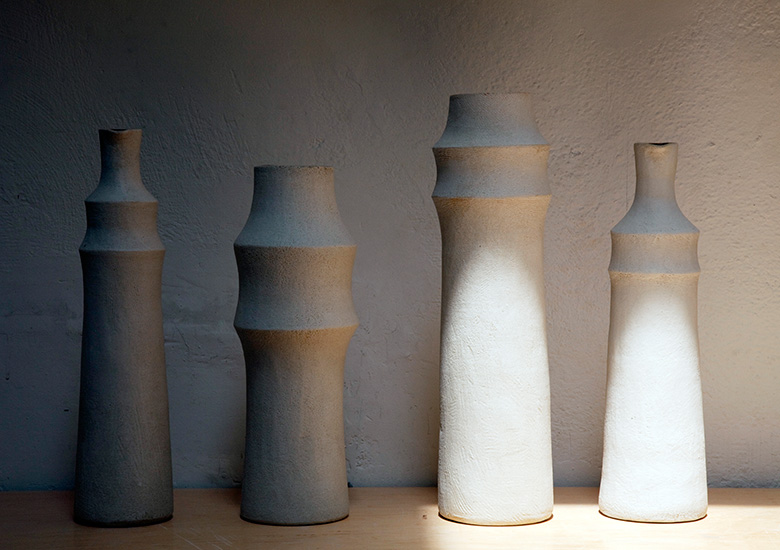 “In the Ruth vessel, everything
is stripped down, so your eyes really go to the lines
of it; it’s all about the form.”

Kim seems utterly suited for the job. Her designs speak to that experience, and her total control of her material is evident. Take her Madrona or Ruth vessels: Narrow and spire-like, they’re seemingly defiant of the physics of pottery. “Clay is heavy and wet, and it wants to stay down,” she says. “The wheel is spinning and it wants to go out. To raise something high like that—it’s sort of what I strive for.”

In light of her technical prowess, it would be easy to address Kim’s work through the lens of form and shape alone. Yet her newest collection of designs shatters expectations, marking an exciting shift in style. Simple vases serve as the canvases for what Kim’s calls her “doodles,” her stream of consciousness meditations on various states of being (Eden, Limbo, Hades, Nirvana). Rendered in wax and finished in pewter and bronze glazes, these rather abstract designs are unlike anything the designer has previously produced. “For the metallic series, I decided to keep the form simple—a cylinder—so the focus is on these drawings,” she says. Kim admits she’s been surprised by the positive response to this new work. “I’ve been taken aback by how warmly they’ve been received,” she says. “I’ve been doing these drawings for years, and they seem so specific to me. They’re just these deeply personal statements.”

It’s for the very reason that her work is so personal that we appreciate it; it’s a notion that Kim, despite her years as an artist, is still trying to process. As she discusses her various influences—from Japanese sculptor Ruth Asawa to French ceramicist Roger Capron—she pauses to contemplate her own work: a labor of love, an amalgam of soul and sweat. “I think this is why we have this thing called art, right? It’s something that can come out of your head and your heart and your hands—and something that people can respond to.” 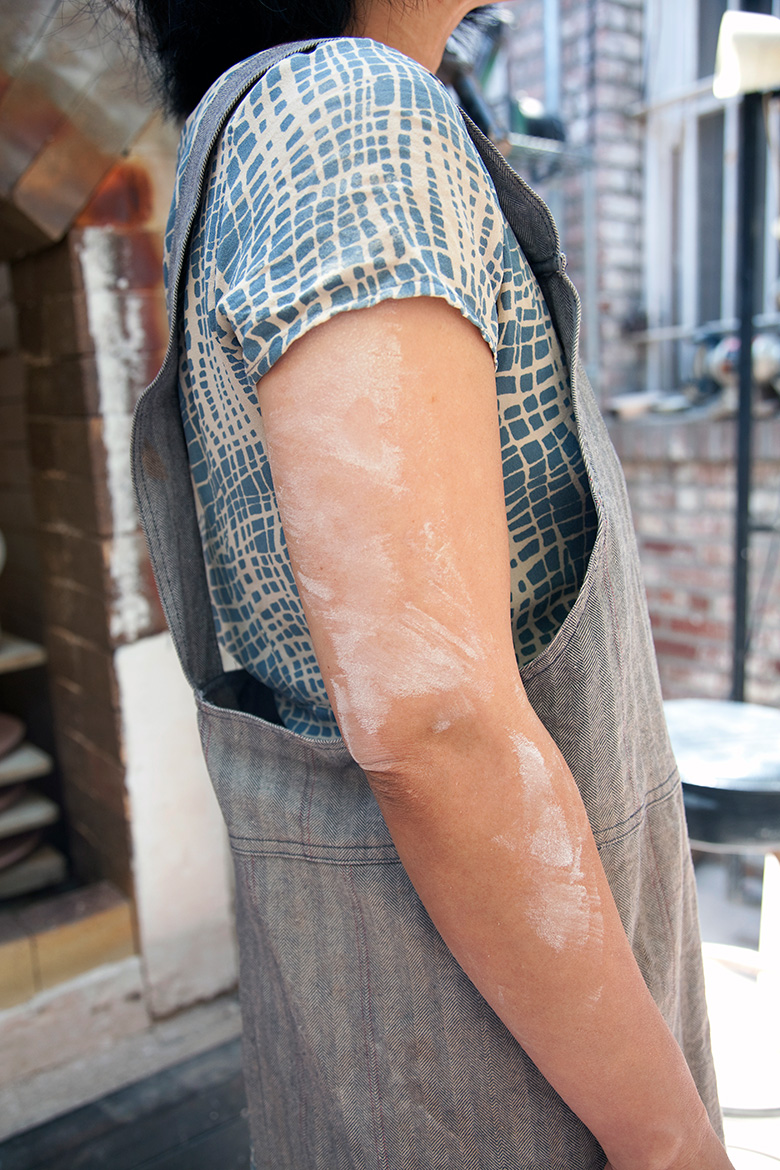