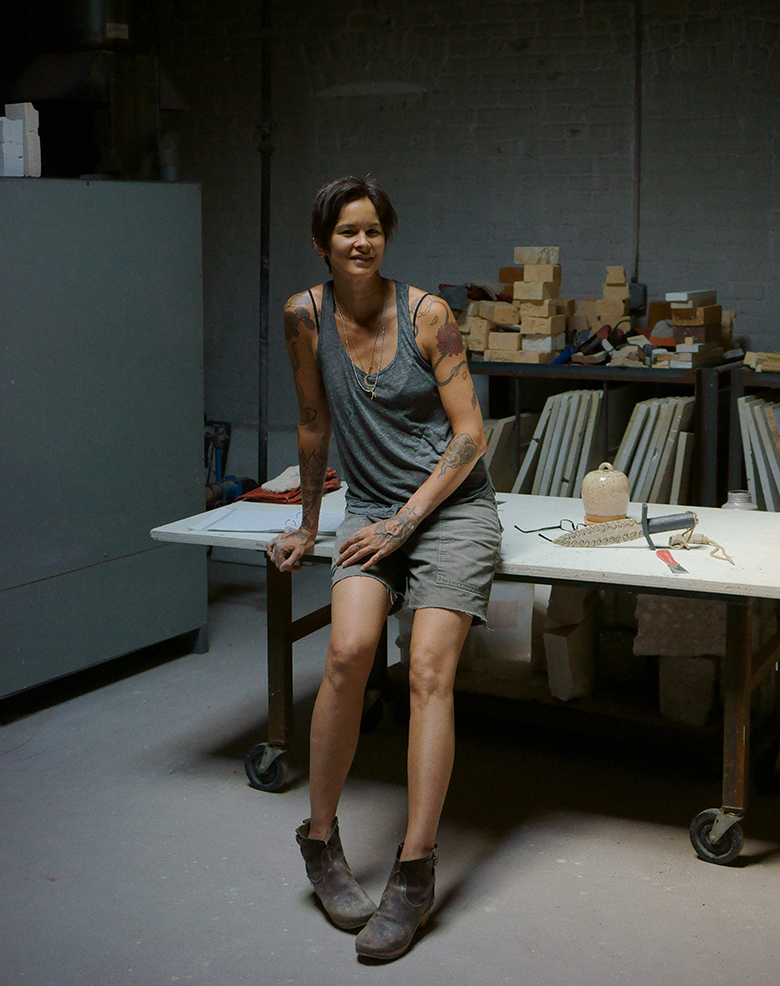 Michele Quan buzzes with energy as she bursts into her Brooklyn studio: A neighborhood lunch had gone long and in an effort to make our meeting on time, she ran back. All long limbs and big smiles, she sits momentarily, but is soon on her feet again, ushering me into a clean, warm kiln room. That’s where we’ll talk about her work, business, and 20-plus years as an artist, all while she flits from task to task—always present, constantly in motion.

Quan is well-known to jewelry lovers as one of the founders of cult favorite Me&Ro and more recently for her own line, MQuan. Ceramics, though, have fascinated her since her first-ever pottery class at the 92nd Street Y “I loved it,” she says. “I guess in the back of my mind, I always had this fantasy of being a potter.”

Her departure from Me&Ro 10 years ago meant she could take this fantasy—this “random daydream”—more seriously. After years of classes, her ceramics business was born, one that eschews traditional forms—pots, mugs, plates—for hand-molded clay garlands, globular porcelain bells, and stoneware birdhouses. “It’s funny—I never really make pots,” she says. “I began really wanting to make malas—spiritual beads, which were my garlands. I pictured them strung in trees in people’s gardens, an offering to the world.” Her ceramic bells, now  a signature item, have the same spiritual underpinnings. “When I started making them, people loved them,” Quan says. “I found they had the same spirit and intentionality of a mala, without being so literal. I want the work to mean whatever to anyone; it might be an object of devotion for me, but it can mean anything to them.” Quan’s use of religious symbols is similarly flexible—it’s there, but it’s never insistent. “In my designs, I tend to pick objects and ideas from a certain pool—a lot of Buddhist, Hindu, even Christian iconography.” Such common motifs such as the eye, sun, stars, and moon abound in her work. “I am not saying it has to be this one thing—I see it all together,” she says. “It’s non-secular.”

“In my designs, I tend to pick objects
and ideas from a certain pool—a lot of Buddhist, Hindu,
even Christian iconography.”

The beauty of this approach is its reflexivity: As Quan invites her clients to locate their own spirituality in her pieces, she is able to find inspiration in many faiths and traditions—even in perhaps unexpected places, such as a Patti Smith concert at The Met last September, which honored the 12th-century visionary Hildegard of Bingen. “The show featured these amazing manuscripts with stars and crescent moons,” Quan says. “I was overwhelmed—the whole thing was so relevant to what I’d been doing. At one point, [Patti Smith] said something like, ‘God: the sun, the moon, the stars, everything in motion.’ I thought, Yes, there you go: Everything in motion.” 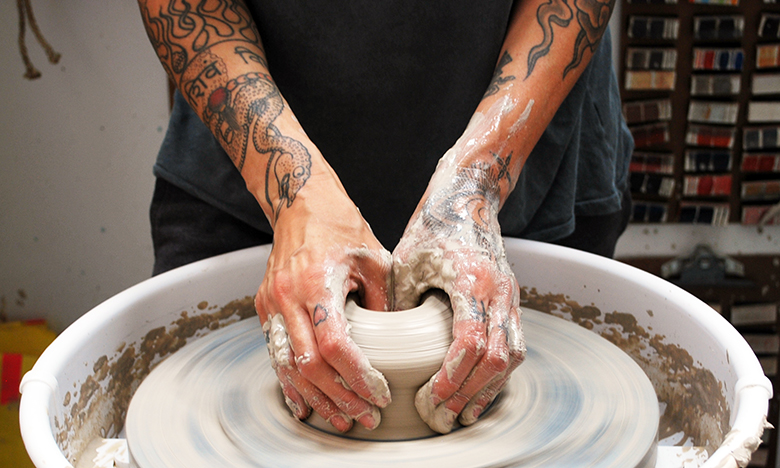 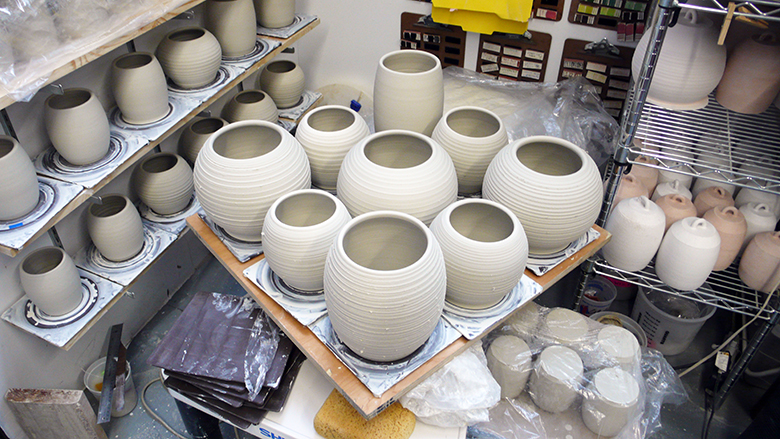 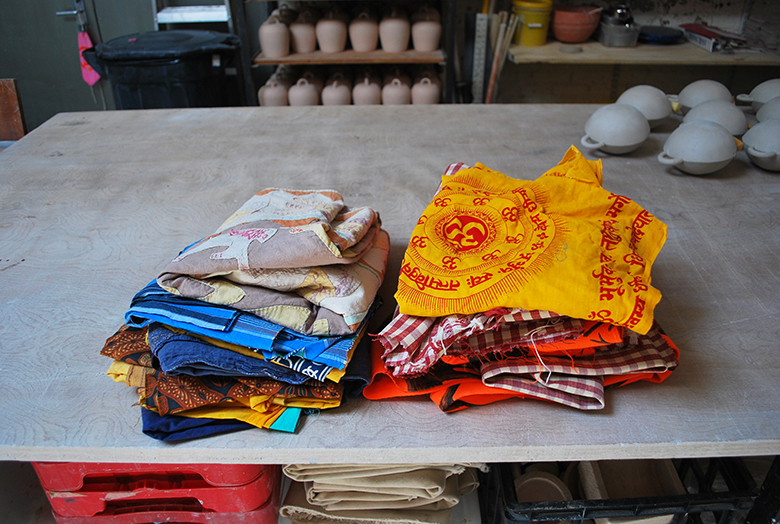 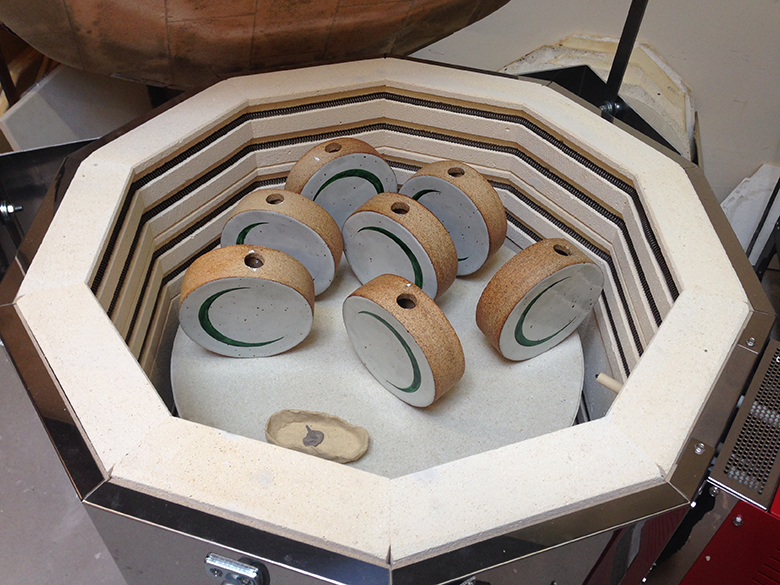 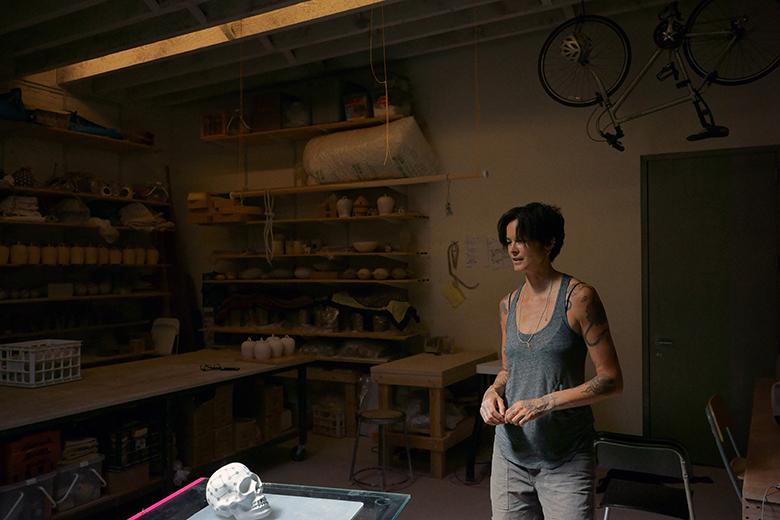